ASTRONOMY: When it comes to night sky, be prepared! 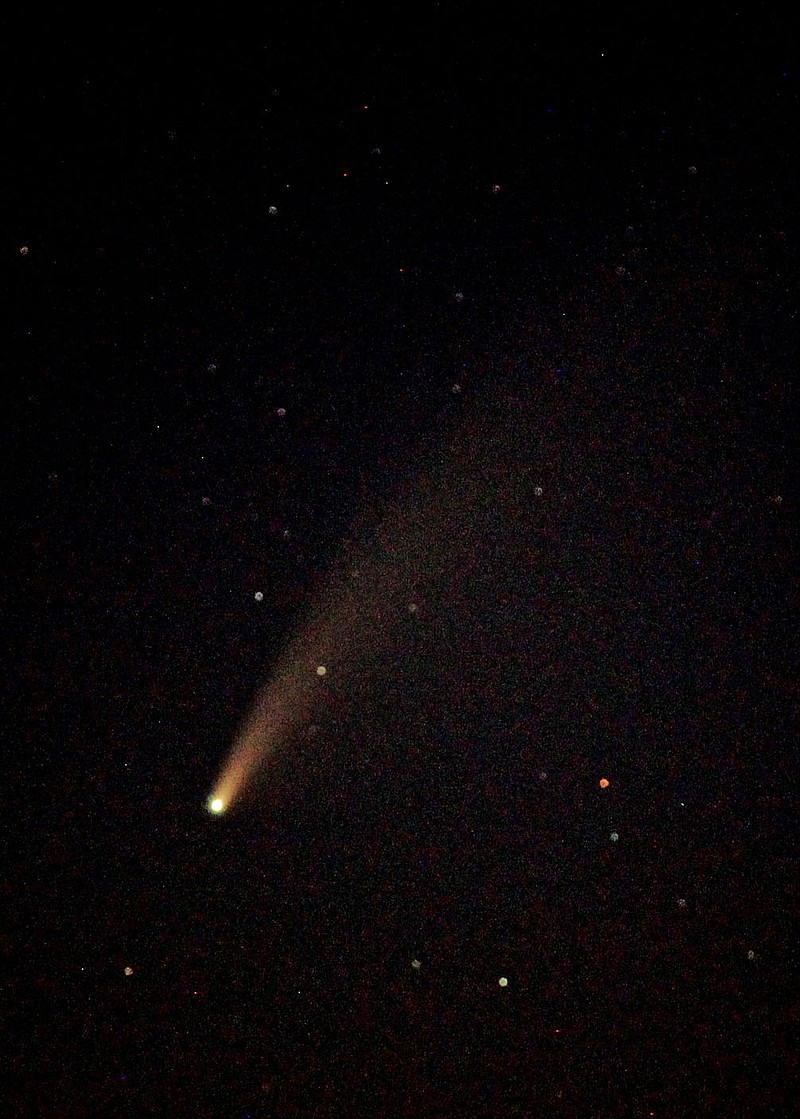 An amateur astronomer must always be prepared for the unexpected. This preparedness really helped when Clinton Willis and I photographed our "mystery object" on the night of April 20th.

Preparedness helped again with the advent of Comet Neowise. I had planned for the August column to be about an entirely different subject, but nature surprised me, as it often does.

A few days later, I learned that Comet Neowise was passing behind the Sun and that it might survive the meltdown that often occurs when even a bright comet rounds the Sun. Such comets literally can't take the heat! The previous two comets that had appeared in the night sky this year simply broke up or fizzled. I suspected Neowise would do the same.

By the time Neowise had rounded the Sun and was an evening object, there were maps for its location all over the internet and thousands of people across the world had seen it and photographed it. It had survived the Sun! Some of those pictures were absolutely astonishing! I vowed to myself I would photograph this beautiful object.

Along with my observing friend, Clinton Willis, we set up our instruments in my backyard and pointed them northwest. However, we never found the comet from this location. It occurred to Clinton and me at about the same time, that we should try to find it from a different place. We pondered a location with an unobstructed horizon to the west that had as little light pollution as possible. First, we tried the casino in West Siloam Springs but there were too many trees and too much traffic and ambient light. We cruised further on Highway 412, towards the west, keeping a lookout for a good place. We found such a spot near a golf driving range that appeared closed or abandoned. We parked in the parking lot and quickly set up our cameras.

At first, we could not find it and I thought we would have another fruitless search. Frustrating! However, I tried the technique of taking several overlapped images of the northwestern horizon about one fist-width above it. On one of the images, I spotted the comet, just barely in the frame. From there, Clinton and I took several images of the comet and I present one of them to you in this column.

Jupiter and Saturn are in the southeast sky by 9 p.m. Jupiter will be the brighter of the two and Jupiter leads Saturn across the night sky all night. A good pair of binoculars, braced against something solid, should reveal some of Jupiter's moons -- perhaps all of the four moons Galileo spotted with his homemade telescope in about the year A.D. 1610.

From a dark spot, the Milky Way is splendid! To the direct south is the constellation Sagittarius. It lies over the center of our galaxy and, if you use binoculars or a medium telescope, there is nearly an inexhaustible range of wonderful objects to see. I have been looking at this area since I was a boy and I am still awed.

None of us knows what the future holds and, certainly, we don't know that something brand new that might appear in the night sky. Be prepared!