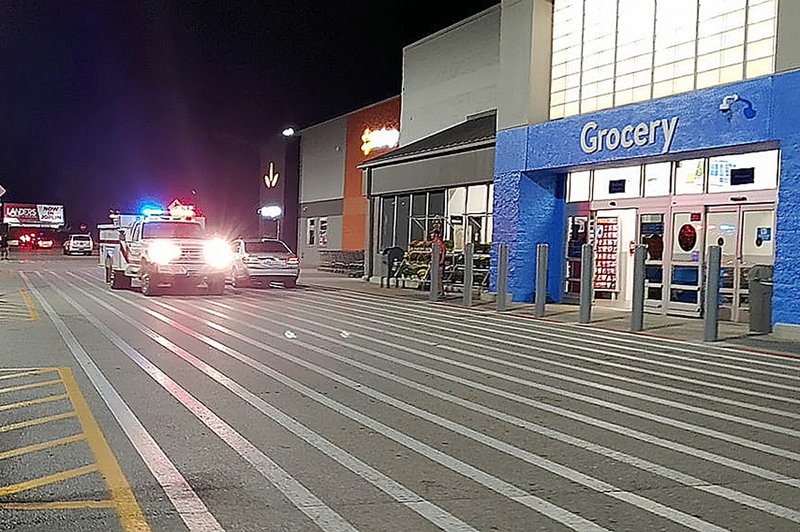 COURTESY PHOTO BY NICOLE RIDLEN/Law enforcement secured the perimeter of the Walmart premises while the building was being searched. A fire engine and ambulance were also on-site.

An evening run for groceries turned into an evacuation situation at the Jane Walmart on Monday. At approximately 8 p.m., the store received a phone call to its mainline in which the caller alluded they had plans to cause destruction to the property and its patrons.

Those inside the store were asked to proceed to the nearest exit, while emergency personnel and law enforcement promptly secured the perimeter of the parking lot.

Law enforcement conducted a thorough security sweep of the store and located nothing suspicious inside the premises. After nearly two hours, the building was then turned back over to Walmart management who made the decision to allow customers back into the store.

Sheriff Michael Hall said this was the first time the McDonald County Sheriff's Office has been tasked with sweeping and securing a venue of that size with such a high volume of inventory.

"We contacted Joplin Police Department and adopted its protocol and procedures for the threat," Hall noted.

Sheriff Hall says the investigation is still underway as authorities work with Walmart's management team to determine who placed the threatening phone call.