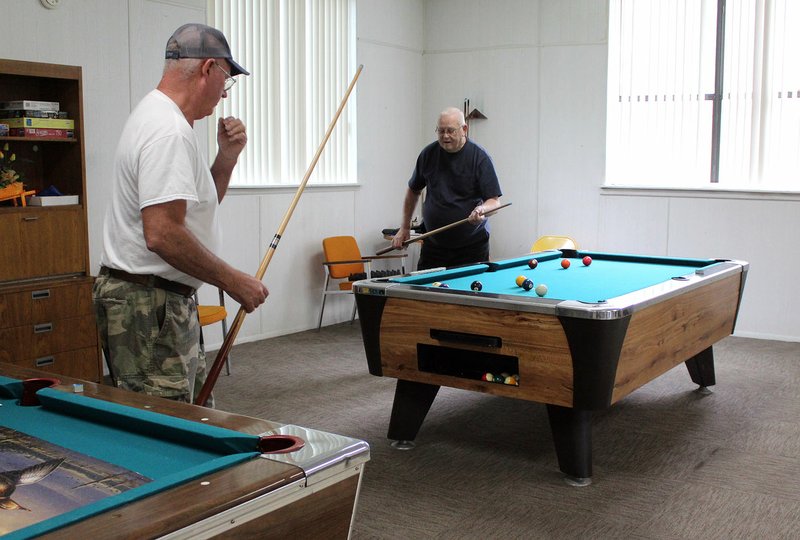 The Southwest City Senior Center has served the area's aging population for 35 years, but members of the small town's city council warn of the facility's seemingly inevitable closure.

Because the center does not generate revenue, the city has struggled to fund the facility in recent years. Earlier this year, the council cashed out a CD that a previous council set aside to fund the center for one year. Council members agree that the city cannot sustain the center for much longer without an injection of funds or a large decrease in expenses.

Patrons of the Southwest City Senior Center attempt to offset some of the costs by hosting fundraisers, bake sales and raffles to collect money for events and repairs to the center. So far, they have replaced the kitchen countertops, purchased a new ice machine, replaced the exterior door, repaired the fascia and installed new bathroom vanities, among other updates.

Director Melissa Lance is working to have the center recognized as a 501(c)(3) non-profit organization, which would allow her to apply for grant assistance, but the process takes time. Until then, Lance is also pursuing grant funds that don't require non-profit recognition.

For those that frequent the senior center, the thought of the doors closing is heart-breaking.

"I can't imagine not having the center," regular Lark Hallum said.

The center is tasked with providing meals to local seniors, but the scope of the facility's reach far exceeds gathering around the table for a daily meal.

Monday through Friday regulars and visitors alike can enjoy a hot meal, chat with friendly faces, piece together a puzzle, use the exercise equipment, play bingo, borrow a book or access the internet. A look at the center's calendar also shows a number of educational and recreational events throughout the year.

Lark Hallum and Pat Slifer have been frequenting the center for four years. The pair travel 20 miles, from Colcord, Okla., to do so.

"It's so worth it. We enjoy the people," Hallum said. "And Melissa is so dedicated. She checks on regulars when they're absent, sick or homebound. What would they do if the center closed?"

Hallum said that, since she began visiting the center, she has received birthday and anniversary cards, like clockwork, from Lance and the center's patrons.

"It's nice to get a card in the mail and know someone is thinking of me," she added.

Hallum and Slifer have also gleaned valuable knowledge from their time at the center. Hallum said that the most recent class, regarding balance, taught the pair numerous tips and tricks to prevent falls and improve mobility.

Lance said one regular, Bill Ireland, enjoys using the computer to research and keep up with the times. She said he recently learned how to play Solitaire and invest in Bitcoin stocks.

In addition to providing a refuge for the seniors, the center also gives back to the community. Each week, volunteer seniors assemble 30 backpacks with easy meals and snacks which are then distributed to school children to ensure they have food over the weekend.

"If we closed, the school would have to find volunteers to take over the backpack program," Lance said.

The facility's closure could also have residual effects on the Noel Senior Center. The two centers are housed separately but recognized as one program in order to serve enough patrons to qualify for assistance from the Area Agency on Aging. If Southwest City were to shut its doors, Noel would likely not meet the requirements to continue receiving funding.

Lance noted this would also discontinue the delivery of meals to the home-bound, which make up more than half of the meals served through the program.

Print Headline: Regulars at senior center wonder what they'll do if it closes