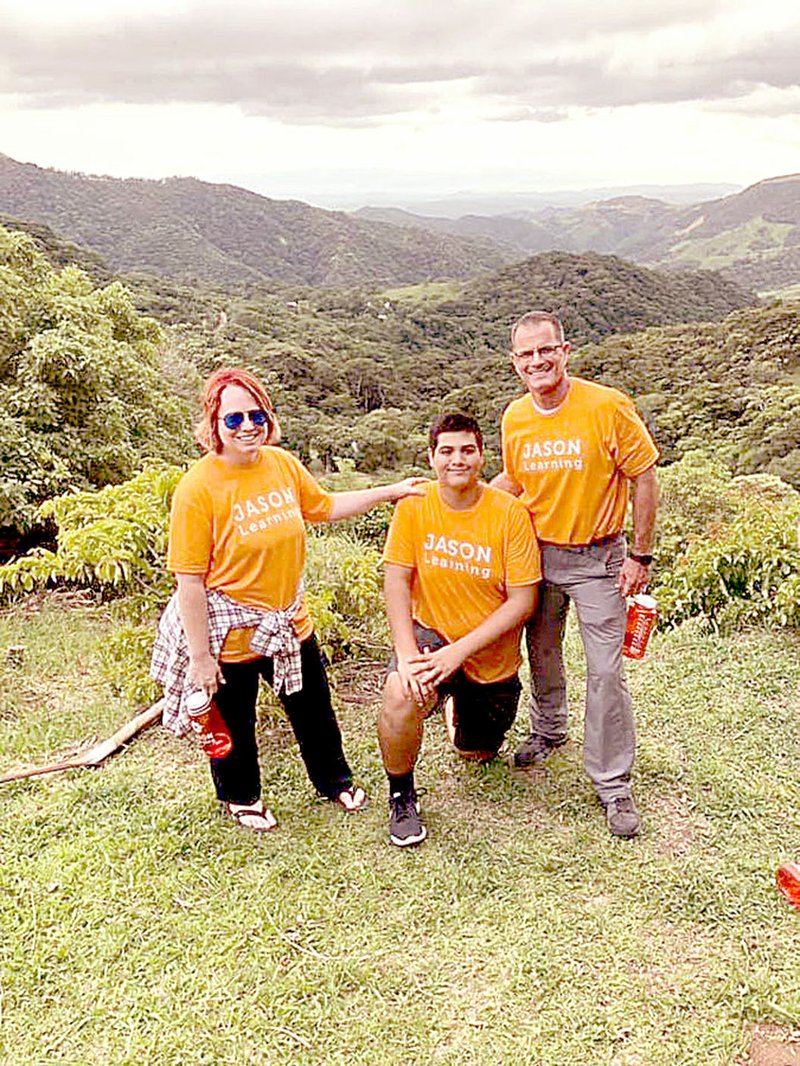 A team from McDonald County Schools recently went on a trip to Costa Rica where they participated in research on pollinators.

Superintendent Mark Stanton, high school computer science teacher Joyce Pacheco and ninth-grade student Ivan Serna made up the team. Stanton said there was an application process with multiple phases to choose the team, and this year Pacheco and Serna were chosen. He said he used to be a high school chemistry and biology teacher, and this gave him the opportunity to be around students again. He is also a beekeeper.

The team joined a larger group of students and educators from different places around the U.S. to work on the pollinators project. The project is part of the JASON Learning Program. Pacheco explained the district purchased the learning program, and subsequently, members get to go on a mission.

Stanton said there was a husband and wife team from Kentucky who both had doctorates who had a federal grant to study the effect of climate change on pollinators, including bees, butterflies and moths. He said the larger group served as citizen scientists by collecting samples for them.

Pacheco said, after a crash course on the names of the insects they were looking for, they went to work.

Stanton said, "They taught us the methods and we would do the sampling. You had a defined area in which you worked at a certain altitude."

He said they spent the rest of the week collecting samples of insects, and the scientists would take them back to the lab and look at them.

"They're looking at the impact humans and carbon dioxide have had on pollinators," Stanton said.

He noted the students were doing hands-on science, and JASON Learning brings hands-on learning to the classroom.

When the McDonald County team arrived in Costa Rica, they flew into San Jose and drove three hours northwest to San Luis, which is near Monteverde, in the cloud forest, where the elevation is around 3,500, Stanton said. They also visited a coffee farm and a sugar cane farm. They stayed at the University of Georgia Research Center.

Serna said the group did a night hike and went bird-watching.

Pacheco said she enjoyed the coffee farm. She said they visited with a local farmer. Most farmers take their coffee to a co-op and sell it, but this farmer slowly purchased equipment to process his own beans. She noted they have to rest the beans several times and then separate them and roast them.

"They don't ripen all at once. They're continually getting them off the plant. They have a lot of citrus fruit in with them so the pests will have something else to eat."

Serna said, "I was honored that I was picked to go on this trip. I got to meet new people, new friends. Getting to know Mrs. Pacheco and Dr. Mark Stanton better. I got to learn a lot about bees and how they go around to flowers to pollinate them."

Stanton said the trip was very impactful for students.

"It brings science to life. As our students experience this here in McDonald County, I think they'll get a new appreciation of science and the outdoors. JASON Learning can fit into STEM as well."

JASON is being implemented in grades 1-5 in McDonald County as a supplement material, Stanton said. JASON Learning was established by Robert Ballard, who discovered the Titanic, and is now looking for Amelia Earhart, he said.