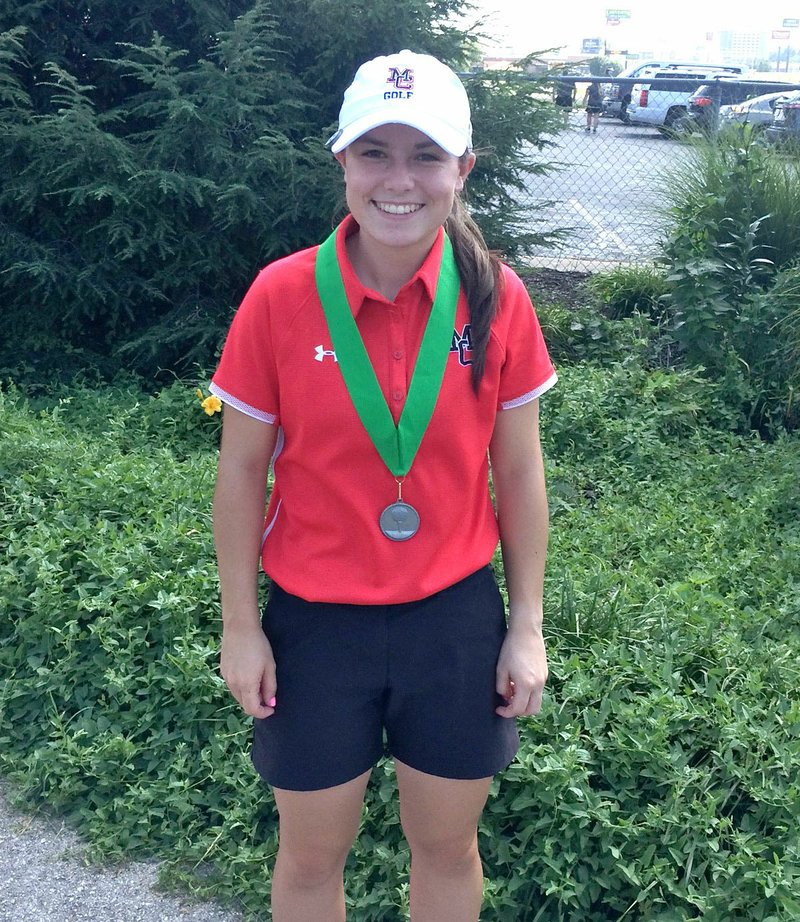 Allman's total was good enough for fifth place out of the 38 players.

Rounding out the scores for McDonald County were Anna Mead with a 116, Jolie Stipp 117 and Lundyn Trudeau 124.

McDonald County finished in fifth out of the six schools with full teams with a 438 total. Springfield Catholic won the team title with a 294 total, followed by Logan-Rogersville with a 378, Stockton 423, Branson 434, McDonald County 438 and Galena 460.

Catholic's Reagan Zibilski won the individual title by 15 strokes with an 11-under-par 60. Her Catholic teammates, Kayla Pfitzner and Kyleigh Pfitzner, were second and tied for third with a 75 and 76, respectively. Also shooting 76 was Brooke Wagner of Logan-Rogersville.

Kassidy Dalton led Stockton with a 49. Nevada had two players and the Stockton junior varsity had three.

McDonald County was at the Lady Cassville Invitational on Sept. 9 and at Marshfield on Sept. 10 before traveling to Joplin on Sept. 13.