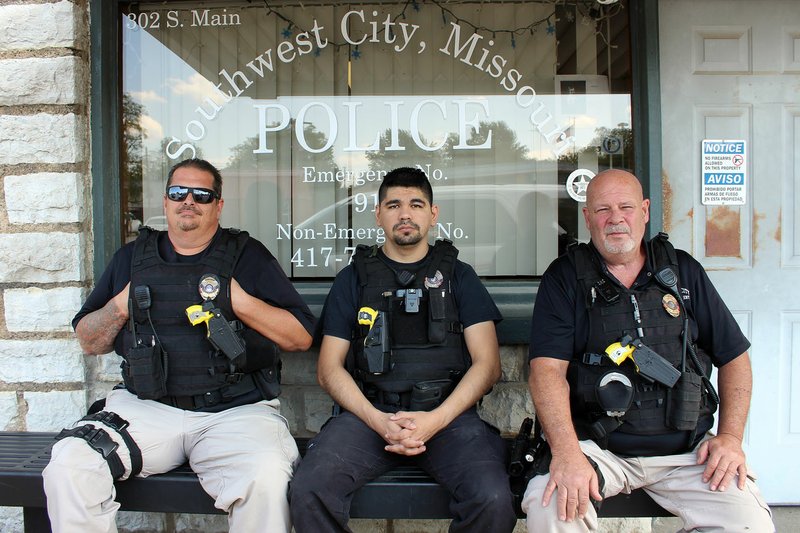 The Southwest City Police Department has taken full advantage of grants offered by the Department of Defense to secure surplus equipment for the department. In the past year, they've received a 4x4 utility task vehicle, an emergency generator, Tyvek suits for hazmat scenes, boots, reflex sights for rifles and night-vision goggles. Chief Bud Gow said, when all is said and done, the total value easily exceeds $100,000.

"We're seeing more serious crimes and more cybercrimes," Gow said. "We've had an instance of online identity theft that led to deportation. We've also had more stolen vehicles and motorcycles in the city limits, all of which have been recovered."

Only two cases remain unsolved within the city -- the theft of a donkey figurine from a lawn and a breaking-and-entering case at the car wash that resulted in the theft of a coin machine.

The department is comprised of three deputies, one cadet, three patrol vehicles, a Humvee and a 4x4 UTV. Southwest City is the only department that allows ride-along for cadets who volunteer their time in exchange for hands-on experience.