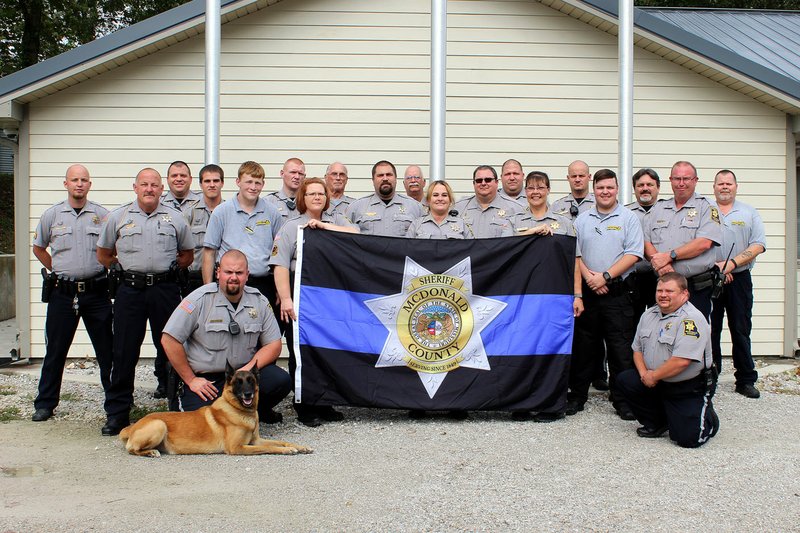 After nearly two years of constant renovation and expansions, the McDonald County Sheriff's Office has an updated office and jail facility.

Sheriff Michael Hall said the project doubled the inmate capacity to 64, created additional offices for deputies, a new bullpen, a sally port and an industrial kitchen with a walk-in freezer.

He noted that improvements to the kitchen have already benefited the community during widespread power outages earlier this year. The Noel Senior Center utilized the additional freezer space to keep meals cool for the area's seniors.

The increased capacity has also proven profitable. Sheriff Hall said that the department recently began housing surplus inmates for Greene County for a fee of $40 per inmate, per day.

The McDonald County Sheriff's Office is in its 160th year of operation, seven of which have been under the direction of Sheriff Hall. Currently, there are 29 employees, including 11 road deputies, nine jailers, two detectives and two K-9 units, protecting and serving the 540-square-mile jurisdiction. The department responds to an average of 15,000 calls, books in 1,400 inmates and serves 50,000 meals each year.

Sheriff Hall said that, in the last decade, the number of calls for service has increased with the influx of population, but the number of available deputies has not increased along with them.

"We're no longer a small community," he said. "It's a challenge keeping good personnel because of the risk and the private sector paying better."

The MCSO handles everything from domestic disputes to drug trafficking, but the department also issues concealed carry permits, maintains the sex offender registry, hosts D.A.R.E. programs and patrols the river during tourist season.

"We gather good information and apprehend a lot of individuals with warrants," Sheriff Hall said.