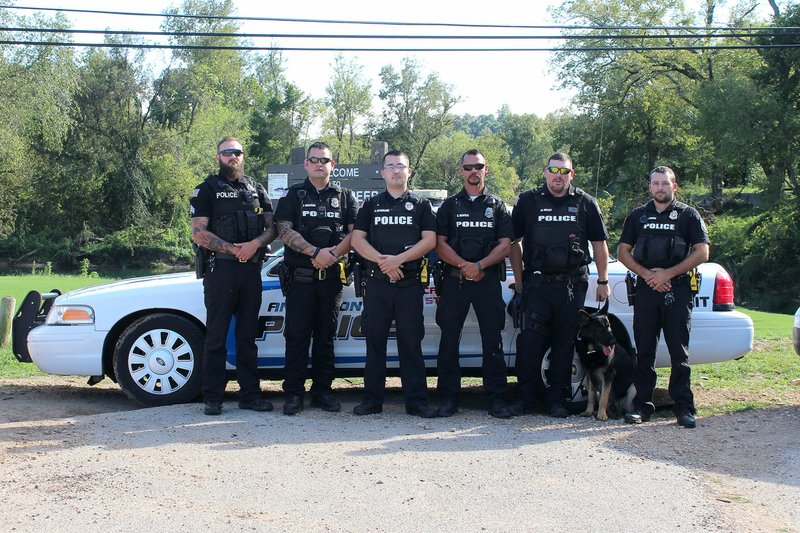 The Anderson Police Department responds to an average of 7,000 calls each year with six full-time officers, one K-9 and 10 trusted reserve officers.

Officer Mike Willet and K-9 Samson have made a highly-efficient addition to the department. Samson is trained in identifying narcotics and tracking wanted persons. Over the course of the year, the duo has successfully removed pounds of methamphetamine and marijuana from the streets.

Unfortunately, in recent months, Anderson and surrounding areas have seen an influx of overnight vehicle thefts.

"We are urging the community to be conscious of leaving keys in vehicles at night," Daniels said. "It's a theft of opportunity."

Officer Chris Sutherland noted that, in his years of law enforcement, he had never worked a stolen vehicle case where the thief performed a "smash and grab," breaking the window to access the interior.

Daniels said the most prevalent crimes in the area relate to drugs and traffic violations.

"We try to stay very present and visible as a deterrent," said Sutherland.

The department acquired two new vehicles this year, including one vehicle that was outfitted for K-9 Samson.

Daniels said he would like to repaint the exterior of the Police Department in the coming year and revamp the evidence room to be more secure and efficient.