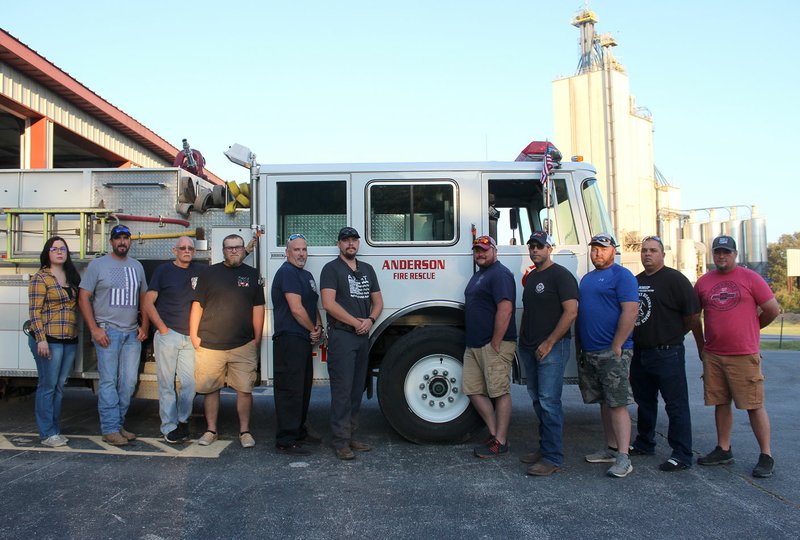 Dave Abbott's first year as Anderson's Fire Chief has not been without learning curves, but thanks to his strong leadership and a group of dedicated volunteers, the department has continued to provide quality service to the city and surrounding rural areas.

Abbott said most volunteers also have a full-time job (or multiple) in a similar field, such as medical or law enforcement training. Three of the firefighters are licensed paramedics, four are EMTs and one has a background in fighting wildfires.

"I would like to make a localized training center for all the agencies to use," Abbott said. "Then we could do cross-training to better be on the same page with each other."

"Each department has its own lingo, so being able to standardize commands would help," Kirk added.

Earlier this month, the Anderson and Noel fire departments gathered to practice sizing up and managing a scene, as well as a proper incident command at a scene.

The department operates with two engines, two tankers, two brush trucks and one command vehicle to respond to an average of 500 calls each year. This year, Anderson acquired 11 new self-contained breathing apparatuses and two new sets of personal protective gear.

"Gear is always needed. It's hard to keep all of it up-to-date," Kirk said.

Anderson Fire Department responds to raging fires, but they're also called to help when floodwaters rise. Volunteers help direct traffic, conduct welfare checks, and even dive into the water to search for lost property and people.