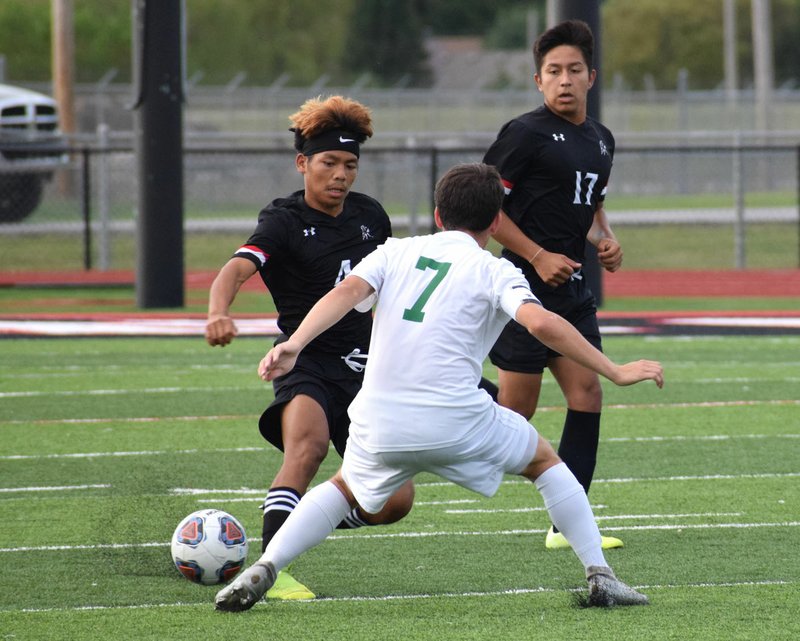 Springfield Catholic built a 4-1 lead by halftime and went on to claim a 5-1 Big 8 Conference win over the McDonald County High School soccer team on Sept. 24 at MCHS.

Catholic got on the scoreboard first on a goal by Trey Garoutte off a short corner kick with 28:55 left in the first half.

The Irish made it 2-0 with a little over 14 minutes left in the half on a 30-yard blast by Keanu Baguio.

With three minutes left in the first half, Catholic scored its third and fourth goals in a span of a minute and a half.

The first goal was by Jack Gerety before Garoutte knocked in his own rebound for his second goal of the half.

McDonald County got on the board with 1:18 left before intermission on a penalty kick by Eh Doh Say.

Say had a chance to score again before the half, but a second penalty kick was blocked.

The teams battled evenly for most of the second half before the Irish added an insurance goal by Dane Rowe with nine minutes left in the match.

The Carthage Tigers dominated McDonald County in a nonconference match on Sept. 26 at Carthage High School.

The Tigers shut out McDonald County on the way to a 6-0 win.

McDonald County falls to 5-4 for the season heading into its Oct. 1 match at Thomas Jefferson Academy in Joplin. The Mustangs travel to Neosho on Oct. 3.