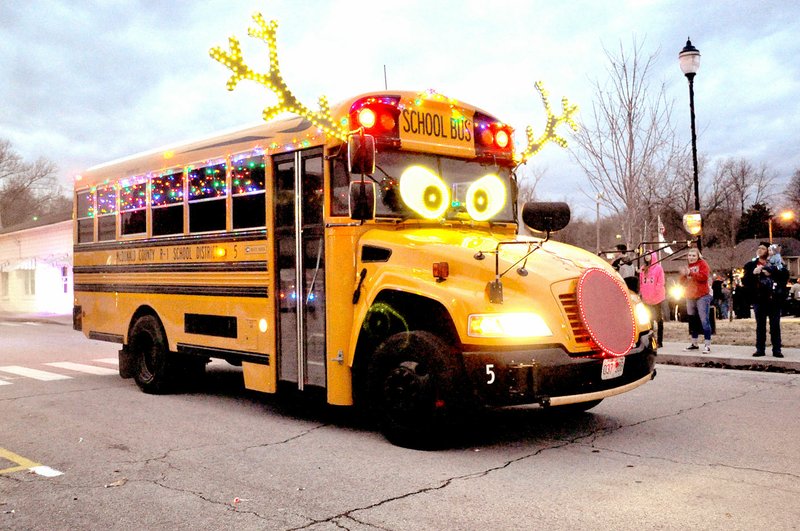 FILE PHOTO A lighted bus with reindeer antlers and a red nose appeared in the 2018 Pineville Christmas parade. This year's parade will be at 5 p.m. Saturday, Dec. 7.

The Pineville Christmas parade will be at 5 p.m. Saturday, Dec. 7, on Main Street.

Before the parade at 4 p.m., there will be a 100th-year celebration at the town square. The city will celebrate Pineville being incorporated as a village 100 years ago this December.

According to Mayor Gregg Sweeten, some history of the town will be presented, and State Rep. Dirk Deaton and State Sen. David Sater will present resolutions. Challenge coins will be available for those who are interested, and refreshments will be served.

As always, the parade will feature lighted floats at dusk. Following the parade will be the lighting of the Christmas tree and square, pictures with Santa and treat bags for the children. The historic courthouse museum will be open to give out fruit and candy to the children.