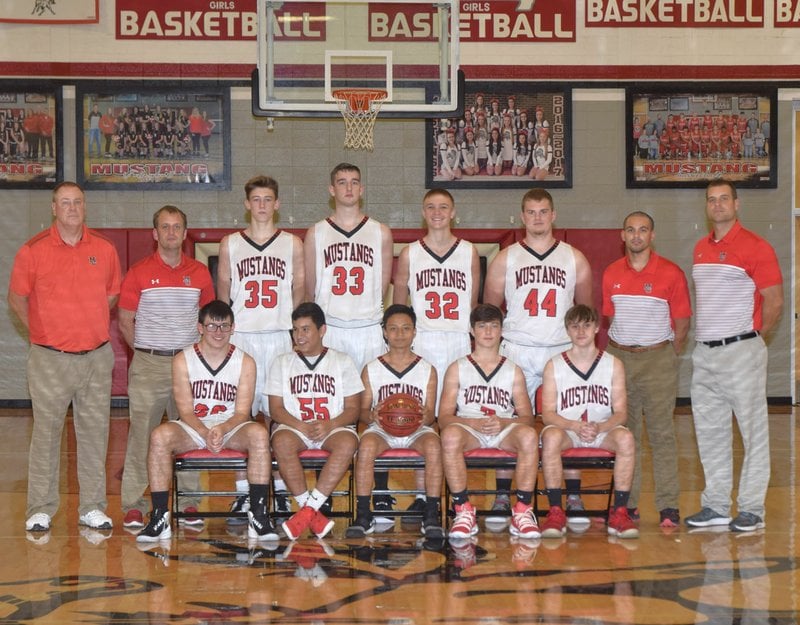 Brandon Joines in his first year as head coach of the McDonald County High School boys basketball team inherits a team that went 5-20 last season and also lost its top two scorers, including Cooper Reece, who joined the 1,000-point club for his career while averaging 20 points a game last season.

Joines said changing the expectations from every player is a high priority at the beginning of the season.

"Our goal is to improve our intensity and competitive level this year," Joines said. "We need to be competitive in every single game we play and we need to have the expectation that we are going to be in or winning every single contest. If not, we have no reason to be playing. We have to improve the mentality. The mentality was 'it's okay to be mediocre and accept that.' The moment we get out of that expectation, and we have some incoming players and underclassmen that have success in years prior and we need to build on that."

Smith is the leading scorer back after averaging seven points a game and four rebounds as a junior.

"We need a lot of senior leadership from Cade," Joines said. "We need him to be smart with the ball and comfortable on the floor. We will need his shooting touch. He can spread the floor as a post and come inside hopefully get some rebounds. He is the one guy coming back with some numbers from last year that were more than role-playing. He is going to have to generate points, but he is going to have to lead more in vocal and attitude and just effort."

Adamson is also a hustle guy having earned the hustle team award.

"He is going to need to bring that exact same mentality to every single possession we have offensively and defensively," Joines said. "That's his leadership role. He might be vocal at times. He is going to be a passion guy. You are going to get a lot of reaction from him, but it needs to be on the positive side. He can bring both and it's going to be up to him to maintain and lead by example, but the hustle has to be there."

Harmon and Martin started the season on the freshman team, but by the end of the season they were both starting on the varsity team.

"Pierce is going to have to lead the offense," Joines said. "He is a guy we are going to rely on to get things started and take control at times. It's not just going to be all him obviously because we are going to be a team focus, but he is going to be in charge. He has to be willing to take charge. That's his goal -- as a sophomore be more comfortable with that. As he goes to his junior and senior years he will be that much more comfortable and the experience factor will help us elevate our game as a whole.

Joines said there is a common theme among those four that has to be present each and every night.

"You notice that all four of those have to hustle," Joines said. "We have to bring grit and we have to bring willingness to grind out a game.We can't take possessions off just because we feel they are better than us.When we take the floor there can't be a team that we think is better than us. We have to assume we are equal and we are going to prove it. Everybody is going to underestimate us and we know that."

Joines said his style is to apply pressure and get up and down the floor.

"We are going to play a lot of man," Joines said. "We are going to try to play fast. We need to generate some points from our defense, leading to some transition baskets. Typically I want to pressure the length of the floor as long as the personnel allows for that."

McDonald County opens its season at home on Dec. 3 against Aurora before taking over a week off and traveling to Pea Ridge for the Battle of the Ridge tournament on Dec. 12-14. The Mustangs begin play in the West Division of the Big 8 Conference on Jan. 14 at Monett.