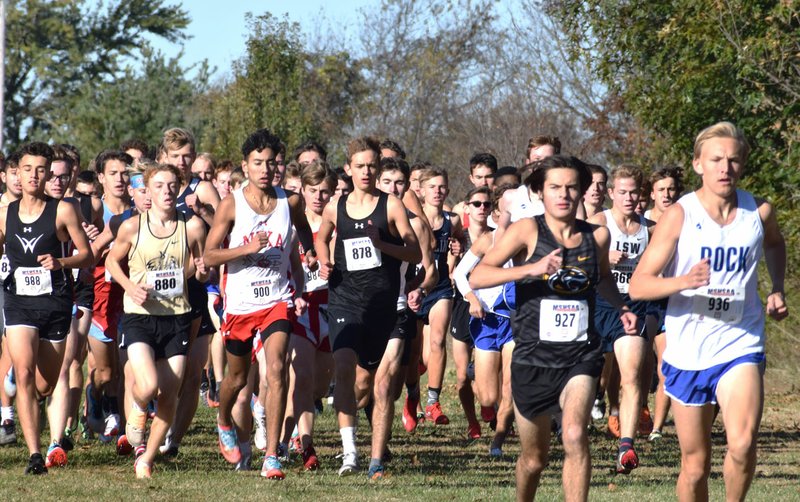 Though Garrett Spears achieved two of his three goals at the Missouri Class 4, Sectional 3, Cross Country Championships on Nov. 2 at Missouri Southern State University in Joplin, he came up short on his number one goal of qualifying for state.

Spears broke 17 minutes for the first time, setting a personal best of 16:43.10 that was good enough only for 48th place in arguably the toughest sectionals in the state -- one that included runners from the state's largest schools and cross-country powers, Raymore-Peculiar, Rockhurst, West Plains and Lee's Summit West.

"I went out really fast," Spears said. "It was like a 5:02 first mile. I knew I had to get out fast to have any chance. You always hope to go to state and I still wish I would have made it, but I was told this was the fourth all-time fastest race in school history so you have to be happy about that I guess. I want to thank Coach Whitehead (Henri Whitehead) and Coach Crocket (former coach Rustan Crocket) for the five years before. I wouldn't be here without them."

"We knew it was going to be a super-tough race," Whitehead said. "He had to be aggressive. In these sectional races, there are no slow guys -- it's all really fast guys -- especially in Class 4. Garrett was not ranked to qualify, so he knew he had to get out of his comfort zone. That's what he did. He set a personal record by 30 seconds. He had a monster race, but it just shows you how hard it is. Just to get here is really quite an accomplishment. He is not going to state, but he has proved he is one of the best runners we have ever had. I am super proud of him. I don't think he could have had a better race."

Raymore-Peculiar won the team title with a five-man average time of 15:49. Rockhurst was second with an average of 15:55.