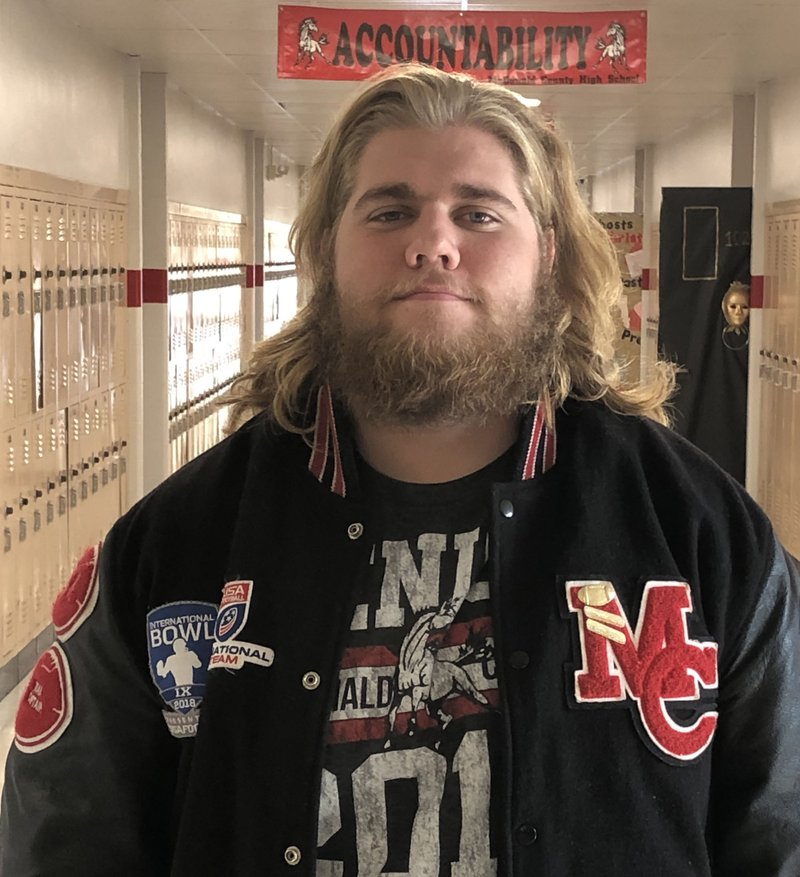 "I was taking the ACT on Saturday, and I found out when I was done when my mom and Coach Hoover (MCHS head coach Kellen Hoover) sent me a text," Wolfe said. "It was a goal to make all-state that I had been going for a while and I was really blessed and honored to get put on the team."

Wolfe played the final two years under Hoover and offensive line coach Chris Kane in an offense that featured a power running game mostly behind Wolfe.

"He is the kind of kid you want to build a team around -- at the very least build an offensive line around," Hoover said. "He is a great leader. He is the kid you want your kids to follow and imitate. He has put in a ton of work to put himself in a position to receive an award like this. All the credit goes to Elliott and the great support system he has at home. Coach Kane does such a great job with our offensive line, and all that came together for him to put together a really stellar career."

Roessler, senior running back, finished with over 1,800 rushing yards, while Williams, a junior defensive back, led the Mustangs in tackles with 98 while intercepting two passes. Brown, a senior linebacker, was second in tackles with 78.