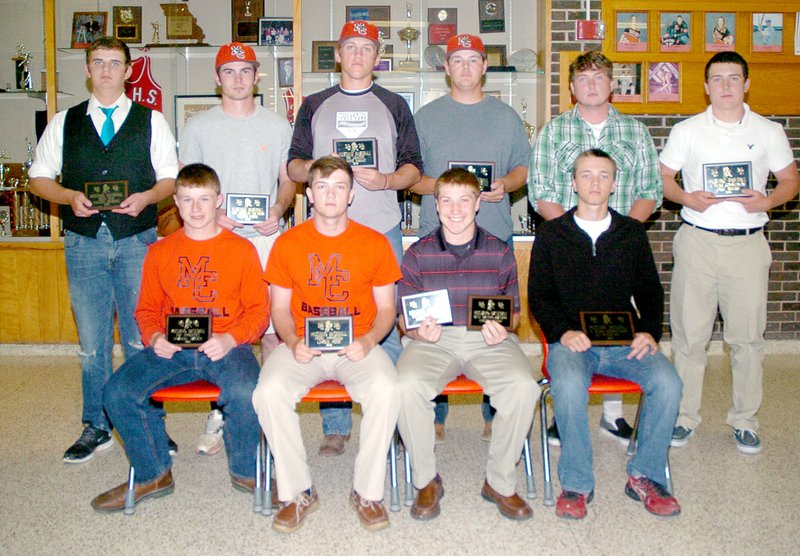 The McDonald County High School annual baseball banquet and awards presentation was held May 19 at MCHS.

Coach Nick Martin recapped the team's 14-15 season, noting that the senior class had more wins each year of their high school playing days.

"The senior class has set the tone for the program," Martin said. "We have something to build on in the future.

The following awards were presented: